I am back with another book review!! This one was so out of my book wheelhouse!! I have this love hate thing going with Sci-fi and fantasy. I either love it or I hate it. There is no in between. So, when something is Sci-fi or similar... I will either completely love it, or completely hate it. When it comes to books, I tend to stay away from all things Sci-fi and fantasy. I have not even read the Harry Potter books. I do plan on reading them, so do not hate me too much. I had to watch the movies and LOVE them, before I decided I needed to read the books.

So, since I am not huge fan of fantasy types of books, I was a bit nervous reading this book. However, I am here to tell you that Nara Malone did an amazing job writing this book. I feel like I want to read it one more time, so things that I am confused on, make more sense. I struggled to really understand this magical land the book brought me to, but I loved it. I never once wanted to stop reading.

The book takes place in the span of one day, and it brings you on quite a ride. I think you will fall in love with the characters, and find yourself cheering them on, and hoping they get to spend forever together. I thought the ending was going to be a sad thing, but it turned out awesome. It was just all around really good.

Are you like me, and struggle with Sci-fi or fantasy?! I think you should give this book a try. The author does such a great job making this fantasy world seem real. The characters are wonderful. It is just all around really good. It is extra steamy, so be warned!

Want to know more?! Keep reading for a synopsis of the story, an excerpt from the book, information about the author, and where to find a copy of your own!! 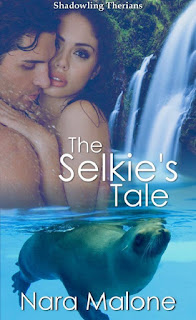 Synopsis
Seven tears cast upon the water summon the selkie, summon seal across the ocean, summon man from beast—liquid keys to break the curse. Freed one night every seven years, Ronin is doomed to repeat that cycle into eternity. Unless he can find a woman powerful enough to resist a selkie’s irresistible pheromones and sex magick.
Maille believes she lost reality between Maine and New Mexico. Between where she is now and where she should be. She believes in facts, not magick. But facts can’t explain how she wound up naked on a beach with the sexiest man she’s ever laid eyes on. Or how she knows in her bones that losing herself in the passion Ronin offers is a path to disaster.
It’s going to be a long, hot, wet night. Caught between sex magick and a sexy selkie, disaster is inevitable for Maille. To break the enchantment she has to rely on the oldest magick of all—the power of love-drenched hearts.

Buy The Book
Universal Link
AMAZON Universal Link
AMAZON Link
B&N
KOBO iBooks
Author Bio
Whether it's a shapeshifter romance exploring the primal power of the wild feminine, or BDSM romance where love digs into a character's shadows, Nara believes romance should open the door and push lovers into a new dimension: sexually, emotionally, and sometimes physically.
Nara Malone is an award winning novelist and poet. As a freelance journalist and writer, her feature profiles on women entrepreneurs and her romantic short stories have been published in newspapers, magazines, and digital publications.
Nara lives on a small farm in the shadow of the Blue Ridge Mountains. When she's not writing, she loves to run, hike, bike, and kayak. Every story she tells incorporates her love of animals, nature, and adventure.
Website    Amazon
Facebook  Twitter


An Excerpt From: THE SELKIE’S TALE
Copyright © NARA MALONE, 2013
Tears.
Ronin was so tuned to the presence of a woman’s tears that he could swear he heard them fall. While hearing a tear hit the surf on the other side of the ocean was a stretch, there could be no mistaking the scent or the taste. Each woman’s tears were unique. These tasted of secrets and sorrow. Ronin held each on his tongue, decoding subtle clues and catching one after another.
Seven tears cast upon the water summon the selkie. Liquid key that broke the curse for one night. Sunset to dawn.
Ronin had twelve hours exactly on this night of Mabon, the autumnal equinox.
Obsidian black with foaming mane and tail, his liquid steed bucked and galloped across the Atlantic in the time it took a cloud to glide across the face of the rising moon. At the edge of Wolf Harbor, his ride dissolved into thrashing breakers along the jetty.
Seven tears summoned the beast across the ocean, carried the selkie to his intended on enchanted waters. Seven tears summoned man from beast.
The scent and taste of her—cool and crisp as new snow—washed through him, renewing his withered spirit. A vision of her tear-streaked face, framed in a wild mane of dark locks, was like a sun rising in his heart. Her need gave him power. Her hunger drove him up on the rocky barrier.
Metamorphosis clamped him in its jaws. Transforming Ronin form seal to man. He writhed and moaned like some great sea slug, belly down in a kelp pile. Bones shattered and reformed. Skin spilt at the seams until at last he crawled from the prison of his pelt. All indignities and agonies made bearable by the promise of holding her.
Growing taller with each breath, Ronin scrambled to his feet. Nothing equaled the sheer exhilaration and power of standing erect.
Ronin reached to the sky, and turning to face each of the four sacred directions, he named the elements. “Earth, wind, fire, water, I bow to your power. I am nothing on my own. Embrace the frailties and powers of this human form. Lend me your strength as I do the Goddess’s will.”
The wind carried a wolf song from shore. Tipping his head back, Ronin turned toward the moon, his voice rising to unite in song with his shape-shifting cousins. None but a being who walked the earth as both human and beast would recognize the subtle tonal differences and encrypted messages that signified the human souls beneath those canid hides. The pack leader’s solo answer welcomed Ronin ashore and promised no interference with his mission.
Satisfied, Ronin shook out his long hair and turned to face the wind. Heavy locks whipped back from his face and fanned out across his shoulders. A wave broke, colliding with the boulder he perched on. The resonant boom vibrated in his bones, cold spray making him shiver.
Maybe it was the remnants of the storm spinning up turbulence. Maybe it was the moodiness of autumn setting in, or maybe because it had been longer than usual since he’d last tumbled in clean sheets with a willing female, but tonight felt different.
Heat emanated from the water. Power dissipated by the goings-on at Shadowling, the magickal manor perched on the cliffs. The priestesses and their servants would be celebrating the Mabon, but the woman on the beach was not of them. Her tears didn’t carry the telltale electric zap of power. If she had power, it was dormant yet. Her summons had been born of innocent despair.
As such she was tonight’s innocent recipient of his eternal penance.
Shrugging off the mood, Ronin stashed his pelt under a cairn of loose rocks and dove back into the water. He had eleven hours and fifty minutes left. He wasn’t going to waste one second more than he had to. Still, he had to proceed cautiously.
She’d summoned him without knowing he existed, or the workings of his enchantment. Most women didn’t embrace strange men who walked naked from the surf.
Pity, that. 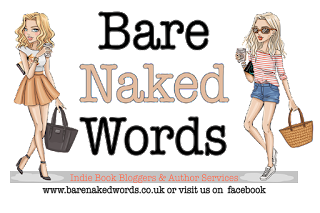