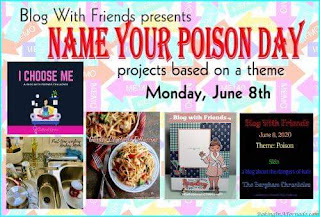 Karen of Baking In A Tornado Garden Vegetable FettuccineLydia of Cluttered GeniusI Choose Me Tamara of Part-time working Hockey MomI need a new dishwasher because of reasonsMelissa of My Heartfelt Sentiments
Spa Day is What We Need
By Jules B at June 08, 2020