Welcome to this month's Use Your Words post! This is how it works: participating bloggers picked four to six words or short phrases for someone else to craft into a post. All words must be used at least once and all the posts will be unique as each writer has received their own set of words. That is the challenge, here is a fun twist; no one who is participating knows who got their words and in what direction the writer will take them. Until now. 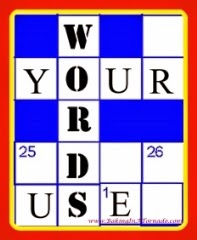 My words are:
horse ~ umbrella ~ accident ~ silver ~ red
They were submitted by: http://batteredhope.blogspot.com (Thank you for such awesome words!)

Layne stood outside holding her red umbrella, watching the rain pour down from the gray sky, and couldn't help but wish it were sunny. She was having a horrible day, and a long ride on her beloved horse Stable, would go a long way toward cheering her up. It had been three days since her cast had been removed, and it had rained every single day. The last time she had ridden Stable, was the day before her accident, and that was nearly four months ago.

Of course, her doctor didn't want her riding yet. He wanted her to wait until she had at least three weeks of physical therapy under her belt. Obviously, Doctor Wainwright was not a horse person. If he were, there is no way he'd ask her to wait even another day before riding. It was rare she went a full forty-eight hours without riding, let alone three weeks. Correction four months and three weeks. She sighed as she saw her brother's silver F150 coming up the driveway. As if not being able to ride weren't bad enough, she also couldn't drive. She hated being dependent upon others, so hopefully the driving restriction would be lifted sooner rather than later.

As she climbed up into the passenger seat, she smiled warmly at her brother. Her smile grew even bigger when she saw he was holding out a cup of coffee for her to take.

"Chauffeur and coffee deliverer?! I really trained you right, little brother!" she said, as she took the warm cup into her hand. She quickly took a sip. Perfect. He knew just how she loved her coffee.

"You did not train me, I just pay attention" he replied with an annoyed tone. "Now, hurry up and buckle up. I don't want you to keep Gwyn waiting!"

"Gwyn?" she asked, her eyes twinkling mischievously. "How is it that you are on a first name basis with my physical therapist?" she wiggled her eyebrows, as she sat her coffee down and quickly buckled up, before picking back up her liquid life source.

"Don't use that tone with me," he shot back defensively. "There is no juicy gossip. I just know Doc W set you up with Gwyn Mallek. She and I went to school together. Then after I fell off that horse I was training for Denni a couple Summers back, Doc W sent me to see her too."

"Hmmmm" she responded, sipping her coffee quietly. She wasn't going to push the matter further, but she knew her brother, and she knew there was more to this story. She could see it in his eyes. She settled back in her seat, as a comfortable silence fell between them. She looked out her window, as they drove down the long driveway leading up to the road. She could see Stable off in the distance, grazing in lower field. She sighed, wishing she were in the field with him, all saddled up and going for a leisurely ride. At this point, she would probably settle for just sitting on him, not even moving.

As they turned onto the road that led into town, she let her thoughts wander. She wondered how physical therapy was going to go. Hopefully, quick and easy, but somehow she doubted that would be the case. She had broken her right leg in three places and her left arm in two places. She had also dislocated her right shoulder and bruised her ribs badly, but those injuries had been the least of her worries. She shivered, thinking back on the accident that had hurt her so badly. A drunk driver had hit her head on. In reality, she was lucky to have only had the few injuries she did. She could have been hurt a lot worse, or even died, but she has been lucky.

As if he could sense the negative turn of her thoughts, Zayne's voice broke through her thoughts. "Have you spoken to Blayne yet?" he was asking her.

"She is planning a big shindig this weekend," he replied. "She said she was going to talk to you, and see if you wanted to invite anyone. Apparently, she is going all out. She wants it to be a big to-do. Something about wanting to cheer up her mopey little sister, who is being a real downer lately."

She gasped, reaching over to poke him in his side. "That mopey little sister better be Rayne! I know you guys have not been calling me names behind my back!"

He laughed softly, feeling good that he had put some spark into his big sister. "Well, you know Rayne is all goo goo ga ga over David, so she obviously isn't mopey." he said stealing a glance at her. "We aren't upset that you have been mopey. Anyone in your shoes would be, in fact you have probably handled this better than most people would. We are just sad that you are sad. You know, empathy."

"Well, still, I don't go around calling any of you names or talking behind your backs," she said, smiling softly, to show she wasn't truly upset. "At least not since high school."

"Yeah," he said. "Let's not bring up any names you may have used for your loving siblings back then" He frowned slightly thinking back on how she used to call him Dorkus Maximus. It would be best to let those memories stay forgotten.

"I'll call Blayne later," she replied. "I'll see what she needs me to do, to help make this shindig extra awesome."

Zayne smiled at her, and they finished the drive in a comfortable silence. After they had parked and gotten out at the office building that housed the physical therapy office, Zayne wrapped his arm around his sister's shoulder, and they walked into the building together. He was a little sad they were cutting it so close to his sister's appointment time, but was excited that he was about to see Gwyn. He hoped his sister couldn't tell that Gwyn meant something to him. It wasn't something he wanted his sisters to bug him about. Sometimes, it really stunk being the younger brother to three older sisters.

Layne checked in and took a seat, waiting for her name to be called. She didn't have to wait long. She was anxious to see the elusive Gwyn. She knew she meant something to her brother, and she was hoping to find out. A few minutes later, a smooth, deep voice penetrated her thoughts. "Layne Chambers"

Hearing her named called, she headed for the open door, walking around to walk through, looking up and seeing the most gorgeous man she had even laid eyes on. Gorgeous. Were men gorgeous? Handsome is the manly word, right? Not this man. He was gorgeous. Her eyes transfixed on the most gorgeous blue eyes she had ever seen. She felt almost faint.

I hope you liked my contribution to this month's collection of Use Your Word posts! Do yourself a huge favor, and visit the links below, to see what words everyone else received, and in what magnificent ways they used them!