Today’s post is a writing challenge. This is how it works: participating bloggers picked 4 – 6 words or short phrases for someone else to craft into a post. All words must be used at least once and all the posts will be unique as each writer has received their own set of words. That’s the challenge, here’s a fun twist; no one who’s participating knows who got their words and in what direction the writer will take them. Until now. 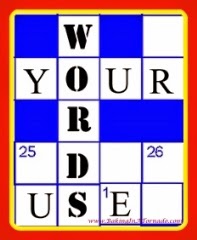 At the end of this post you’ll find links to the other blogs featuring this challenge. Check them all out, see what words they got and how they used them! You'll thank me later!

As I read these words, a recent struggle in our life came racing into my mind. So, I will use these words to tell you my most recent tale of woe.

I have gone through many struggles in my life. At times I felt like I had truly reached the end of my rope, but I always managed to find more rope. I would like to think, accurately or not, that I have done an okay job dealing with the struggles I have encountered. I have been blessed to meet some amazing people along the way, and without a doubt they've helped. I can honestly say, that you truly do not know struggle, until you are struggling with a child by your side.

I have been battling health issues for several years. Most recently, I have been working on becoming healthy. It has been quite a journey. Not always easy. For many reasons, I never thought I would have kids. I won't get into the nitty gritty, but let's just say that to be safe, Chadski and I were taking precautions, just in case. We definitely did not want to have a child until I was fully healthy. So, that is why we were very surprised when we found out Weewee was growing in my belly. God really does have an amazing sense of humor. I had just finally decided I didn't want kids. I had decided I would be better off just enjoying the kids around me.

Within two weeks of deciding this, I found out I was pregnant. I immediately went into panic mode. In some ways, I am still in panic mode, and she will be one in fifteen days. So, I knew our tiny two bedroom apartment would never do. I started giving away everything I could. I gave away all my home decor. I figured that would open up room for the baby and the baby's things, plus it would make childproofing easier. I also started searching for a house.

I found one! It was perfect. Four bedrooms. Plenty of room. Big front and back yards. Cheaper rent than our two bedroom apartment. I knew it was an older house with problems, but I figured if our friends and their six kids could live there happily for five years, we could too. After all, we only had two dogs and two kids. Easy peasy.

I discussed things with the landlords. They agreed to make needed repairs upfront, plus continue to make repairs and updates as time went on. They agreed to build a fence for our dogs. I even got them to agree to have the fence built before the baby came. I definitely knew I could not walk dogs and carry a baby.

Everything was falling into place and all was well. We moved. I carried on being a pregnant woman. Sometimes sane. Sometimes maniacal. It could possibly be said mostly maniacal, occasionally sane. In my defense, what do you expect from a pregnant lady on bed rest. Endless days of nothing but time to think. I think I did well considering all the stress I was under.

Weeks passed, and nothing was done at the house, beyond the repairs done, so we could move in. No fence to be seen. Finally, in June, I asked the landlord about the fence. I told him I was worried it would not get built in time, as the baby was due in a month. He apologized for the delay and said it was due to uncontrollable expenses that had come up, but assured me we would have our fence. No problemo.

Two days later, Miss Weewee made her arrival. Motherhood began. A massive heatwave also began. Over a week of days on end over 100 degrees. No big deal, unless you live in an old house without central heat and air, and you have a premature newborn that cannot regulate their own temperature. Within minutes of being home, Weewee's temperature was over 101 degrees! I became that maniacal mother again. I sent Chadski out to buy an air conditioner immediately. Between the swamp cooler and AC, we managed to keep the huge living room comfortable.

If you ventured out of the living room, the heat was nearly scalding! I don't think it would be much of an hyperbole, if I said you could successfully fry an egg, simply by placing it on a plate on the kitchen counter. It really was that hot. I did not care about me. I did not care about Chadski. I cared about Weewee. I was terrified she would overheat. I checked her temperature constantly, and did not sleep much. It was a stressful start to motherhood.

Months passed. The weather cooled. We were able to quit camping in the living room and move into our bedroom. I did my best to balance being a mother to Weewee and a mother to our dogs. They did not get nearly enough walks, and bless them for being potty trained to use puppy pads. As the weeks stretched on without repairs being made, and no fence being built, I started looking for a new place to live.

When winter set in, it did not take me long to realize that being in a house with only one heater vent (in the living room) was not a good thing. We would walk around feeling frozen in our own house. We moved our bed into the living room, so Weewee and I could be warm. Chadski would sleep in the arctic tundra of our bedroom, beneath two down comforters and a blanket. Don't feel too bad. He also got to sleep in our new, super comfy bed.

During this time, my health took a turn for the worse. I struggled so hard to be a mom, be a fur baby mom, and be a housewife. I am so grateful Chadski is amazing. A lesser man never would have survived. Not only was I a sick, maniacal new mom, but I was stressed to the max. I really don't think I had a clue just how stressed, until it was definitely too late.

I finally confronted the landlord about to fence. I was told they would not build a fence and that I had been mistaken, when I thought it would be a fence that would be enclosed. Once these lies were said to me, I knew we had to move pronto. I also knew that with my declining health, the lack of a fence, and the fact most places I was finding for us to move to requiring pet deposits we could not afford, that we would need to find a new home for Faye and Carlissa.

As luck would have it, they found the PERFECT home. I was heartbroken. I am still heartbroken. I have accepted the fact they have found a very happy home full of love, and are better off than they would have been with us.

Not long after they went to their new home, I ended up being hospitalized. Remember how I said I did not realize just how stressed I was? Well, it turns out that living in a house that I felt wasn't safe for my child, was more stress than my body could handle. I nearly stressed my way to a heart attack. Also, for the record.... telling a person to stop stressing or they will die, does not alleviate their stress. Trust me.

I definitely had reached my limit. I was most certainly at the end of my rope, and there definitely was not any more rope in sight. We learned of a possible house from a friend. We checked it out. I was so scared. I just knew that if this house did not work out, I would turn from maniacal to full blown, certifiably INSANE.

As luck would have it, the house was tiny and cute. The landlord was AMAZING. So amazing and wise and smart, and she chose us to rent to. Hallelujah. We have been here for a few months now. We are still settling in. It is a slow process, because Chadski works all the time and I am not physically able to do much. Plus, I have an amazing almost one year old, that takes up most of my time. I am just so grateful to have to the house of terrors behind us.

I look at it as another lesson learned (always get any agreements with landlords in writing) and another struggle survived. Plus, I learned that I am NOT a person that can stress in a healthy way. I have been working on trying to stress less and to open my mouth more. I think one of my biggest problems was that I was holding it all in. I try to always be positive. Part of being a positive person is internalizing the negative. I've learned that isn't good for me. It lands me in the hospital needing stress tests and puts me at over a 40% risk of a heart attack.

I don't know about you, but I don't have time for that! I have a first birthday party to plan, a little girl to enjoy, an amazing man to love, and a bunch of blog posts to read! Speaking of that, you should do yourself a favor and check out these lovely blogs below, and discover what words they had and how they used them!