Remember how I recently told you about Meredith Wild's release of book one in The Red Ledger Series? Did you read it? If you did, I am certain you have patiently been waiting for the second book. Well, it is out! Go get it!

In the second book in the series, Meredith Wild really dialed up the suspense, drama, and steamy romance!! We got to learn more about what led Tristan and Isabel, to the point where we met them, in the first book. We also get to go on a journey with them, as they try to find out answers.

It is a wild ride, full of intrigue and drama, and of course steamy romance. We really get to feel like we are seeing things unfold first hand, and we get some more clues to the questions raised in the first book.

This book was an excellent continuation of the story, and it leaves us wanting so much more!! Thankfully, the wait for the next book will be over before Summer ends!! So, get books one and two, if you haven't already, and read them, so you can get the answers book three will bring!! This series is definitely a must read, for Summer!!!

Continue reading for a synopsis of the book, information about the wonderful Meredith Wild, and links to get copies of this series for yourself!!

Synopsis
She’s the only link to his past… Six years ago, Tristan Stone was everything to me. My whole heart, my future. We were unshakable, bound tighter by any force that tried to drive us apart. Then he disappeared from my life, leaving me in tatters, broken and running away to one of the most intense cities in the world. Somehow he found me, but now nothing is the same… Tristan claims someone wants me dead. He’s scarred and dangerous, but all of that seems to melt away when we touch. I might be the only one who can give him his memories, but I want more. The lover I could never forget is trapped inside the heartless man he’s become. I won’t stop until I reach him. I won’t stop until I find the answers he’s not giving me. 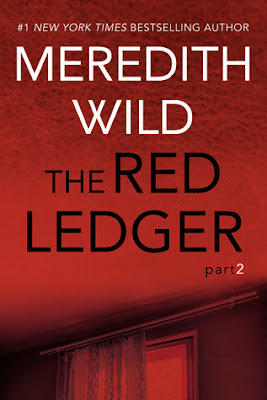 Meredith Wild is a #1 New York Times, USA Today, and international bestselling author. After publishing her debut novel Hardwired in September 2013, Wild used her ten years of experience as a tech entrepreneur to push the boundaries of her “self-published” status, becoming stocked in brick-and-mortar bookstore chains nationwide and forging relationships with the major retailers.
In 2014, Wild founded her own imprint, Waterhouse Press, under which she hit No. 1 on the New York Times and Wall Street Journal bestsellers lists. She has been featured on CBS This Morning, The Today Show, the New York Times, The Hollywood Reporter, Publishers Weekly, and The Examiner. Her foreign rights have been sold in over 20 languages.
Living on Florida’s Gulf Coast with her husband and three children, she refers to herself as a techie, whiskey appreciator, and shameless sun worshipper. Find out more about what projects she’s working on next at www.meredithwild.com.
Social Media Links
Facebook: www.facebook.com/meredithwild
Twitter: www.twitter.com/wildmeredith
Goodreads: www.goodreads.com/meredithwild
Instagram: www.instagram.com/meredithwild
Pinterest: www.pinterest.com/wildmeredith