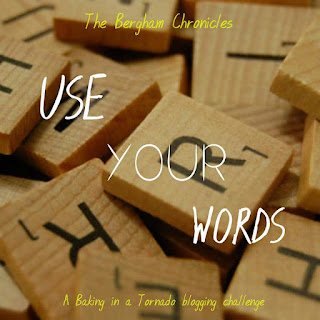 As you may remember, I had planned on using last month's words, to create another Stable Layne installment, but couldn't because Gigi wasn't well. So, I am adding them into this month's post, with this month's words. In case you have not read the first three parts, or you want to refresh your memory, the previous parts can be found using these links: Part 1, Part 2, Part 3, and Part 4.

My words are:
warm ~ red ~ sweet ~ love ~ Cupid ~ arrow
They were submitted by: http://dlt-lifeontheranch.blogspot.com/

Layne stretched her arms towards the ceiling, after crawling out of bed. She did some more stretching and then headed into her Master bathroom, to get her morning routine underway. Really, she should have been up a few hours ago, but she had decided to sleep in a bit, since she had stayed up until well past her usual eleven o'clock bedtime. She felt a bit like a bum, not crawling out of bed until almost half past eight, but she deserved the extra sleep.

Normally she would get coffee first thing, but today she wanted to be presentable, by the time Damon arrived at ten. They had texted briefly the night before, to confirm the details of their time together today. Texting him had felt normal. Like as if they should text regularly. Considering she barely knew him, that was obviously just a side effect of the crush she was developing on him.

As she turned on the shower, perfecting the water temperature, and went to empty her overfull bladder, she began to let her mind wander. She wondered what his friend would be like. He had asked if his roommate could come over at ten, when he arrived, or if he should have him come alone later, when it was time for the party to start. Figuring the more helping hands the merrier, she had told him to bring him over at ten.

She had done a lot of the little things herself yesterday. She had plugged in all the appliances in the garage kitchenette, and stocked the fridge with ice and some sodas and other mixers. She had picked up all the meats from the butcher, and had picked up all the groceries. They would definitely have more than enough food. She had even remembered to pick up some fresh strawberries and lemons, so she could make her Berrylicious Lemonade Punch.

The water felt amazing on her sore body. She had to admit, she had done more physically in the past week, than she had in months. It hurt quite a bit, but also felt amazing. Her body was definitely ready to start getting back to normal, she just had to remember to heed Damon's advice and take it slow. She definitely did not want to get hurt again, or worse yet, set her return back to riding back by even a single day.

She took the quickest shower possible, wrapped her hair in a towel, and quickly got dressed. Since she would be working with Damon, she chose to wear yoga pants and comfy red Christmas sweatshirt. She could get dressed for the party afterward. She entered her kitchen, and sighed looking at all the food everywhere. Hopefully her sisters would get here by noon, as they had promised, and help get all the food organized and prepped. She wanted everything done, before the rest of their family and friends arrived, so they could just enjoy themselves.

She stood waiting for her Keurig to fill her cup with her favorite Death Wish Coffee. The smell was teasing her taste buds. The last drop having entered the cup, she pulled it over and poured some almond milk in, stirring it, then taking the first sip. The warm liquid awakening her brain cells, as they spilled down her throat, her taste buds sending the WOOHOO COFFEE signal to her brain. After years of being a coffee addict, she had perfected the perfect ratio of coffee to milk, so she could drink it immediately, without needing to wait for it to cool. She chose to sit at her breakfast nook to enjoy her coffee. Most days she would sit on the back porch, but today she wanted to finish quickly. She still needed to finish getting ready.

It wasn't that she wanted to look good for Damon, but she wanted to look good for Damon. Look at her, caring what a guy thinks. It was as if Cupid had visited her and shot his arrow directly into her. An arrow labeled Damon. Whether she wanted to accept it or not, she absolutely had a crush on him. Now, she just needed to decide what she wanted to do about it. Should she quit going to him for physical therapy? Should she just keep her mouth shut, and keep seeing him? He was definitely a great therapist. The one thing she absolutely would not do, no matter how bad the crush got, is act on it. Sure. She wanted to get married one day, but currently a boyfriend did not fit into her plans.

Damon seemed like a sweet guy, and he was definitely the type of guy she could probably fall in love with, but that was not what she needed right now. Her focus was still the same it was before the accident, she wanted to make a place for herself in the horse training world. She wanted to eventually be successful enough, to buy this entire ranch from her parents, and at a fair price, not the daughter price. She had wanted this ranch to be hers, since she was six. It is really all she had ever wanted. To own this ranch, and her father's business, just as it was for her father, it was her passion.

She had already managed to accomplish quite a bit of her goals, and once she was back to her normal self, she would race to finish line, and accomplish the rest. Her thoughts were all over the place, she finished her cup of coffee, and rinsed her cup out. She would try to have another cup before Damon arrived, but considering her discombobulated state of mind, that may not happen. This was proof she definitely did not need Damon in her life more than he was. He was keeping her from being able to drink copious amounts of coffee, simply due to all the daydreaming he seemed to inspire her mind to do.

She gathered up her towels, and returned them to their hooks in her bathroom, and brushed her hair and teeth. She went into her garage, opening the door, and busied herself doing stuff to get everything party ready. She had gotten lost in her work, and was startled by Damon's arrival.

"Hey, Layne," Damon's sultry voice had interrupted her thoughts, and caused her to jump. "I see you got a start without us."

She turned and smiled at the two guys walking towards her. Her heart began to race. Just from seeing him. Yes, she was definitely in trouble. This man may not be what she wanted, but based on her body's reaction to him, he may be what she needed, and that was a problem. A complication. "Oh, hey! You guys scared me. Is it ten already?"

Damon laughed, and pulled her into a brief hug, releasing her and stepping aside to give her a direct view of his roommate. "It is actually five after. We got held up at the store. I am glad you didn't notice. Layne, meet Marcus. Marcus, meet Layne."

Layne went through the motions of the introduction, and shook Marcus' hand. She made proper small talk, and noted how friendly the guy before her seemed. The entire time her mind was on one thing. That hug. How it felt. The electricity she had felt. Wondering if Damon had felt it too. Wondering what it all meant, and trying to figure out how she was going to do it. It really did not matter how she was going to do it. She definitely had to do it. What you are wondering? Well, marry this man obviously. Her mind didn't want to know it. Her heart did not want to know it. Her plans did not want it to be a reality, but there was no denying what her soul obviously knew.

Damon was the man she had been looking for, since she first thought about getting married when she turned ten, and her cousin Tristyn had gotten married. This is what Tristyn had meant, when she said Layne would just know, when she met the man of her dreams. She did know.

In case you are wondering, Gigi is back to her normal self. She recovered from her surgery well, and her ear is completely healed. She is such a resilient, awesome kid. I am so blessed to be her mom.

I hope you enjoyed this installment of Stable Layne. I promise to give you more of the Layne and Damon story soon. Now, go see what words my fellow bloggers received, and just how they used them!!

Baking In A Tornado
Spatulas on Parade
The Diary of an Alzheimer’s Caregiver
On the Border
Dinosaur Superhero Mommy
Confessions of a part time working mom
Not That Sarah Michelle
Climaxed
By Jules B at February 10, 2017