The beginning of a great love story... Using my words September 2014.

Today’s post is a writing challenge. This is how it works: participating bloggers picked 4 – 6 words or short phrases for someone else to craft into a post. All words must be used at least once and all the posts will be unique as each writer has received their own set of words. That’s the challenge, here’s a fun twist; no one who’s participating knows who got their words and in what direction the writer will take them. Until now. 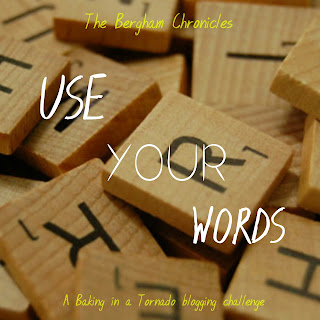 My words are: soft drink ~ animal ~ midnight ~ tense ~ blue
They were submitted by: http://stacysewsandschools.blogspot.com/  Thank you so much for such fabulous words!!!

As usual, I glanced at my assigned words, and immediately thought "What have I gotten myself into?!?" I have sat on them for a few days, and then I just opened them back up, and glanced at them again, and suddenly I just knew what I am going to tell you about. The words have inspired me to tell you about the beginning of a great love story. A love story, that is hopefully far from over! The beginning of the love story of Jules and Chadski.

It was back in February of 2008. It was about midnight and I was winding down and getting ready to go to bed. I was hanging out in an online chat room, when a friend sent me an invite into another room. In general, I didn't accept invites, but that night I decided to pop in and say good night. I went in, and was surprised to see quite a few people I knew, despite having never visited the room before. There were some really good tunes playing, and the conversation was flowing, so I decided to stay a bit.

I am not one to watch web cams. I am not sure why really. It isn't that I don't care what the people I chat with look like, but really, I guess I don't care. I can see a person's face once, to put a face to a name, and I am fine with that. So, for me to watch a web cam is fairly rare. Though, I do have a few people I have been great friends with for years, that I will sit and watch their cams. This night, for some reason, a name on the chat members list attracted my attention. The name was "cbflyman4". What the heck is a "cbflyman4"?? That was the question that crossed my mind. He was on cam, so I pulled it up to see just what a "cbflyman4" looked like.

He was a stunning vision of handsome in blue. He was gorgeous. The blue shirt he was wearing really brought out the blue-green of his gorgeous eyes. His bald head was clean shaven and perfect. His nose and mouth were perfect. He was perfect. I was quite taken by him. I decided to watch his cam. I watched and watched and watched. After a while, I realized he looked somewhat tense. He was actively participating in the room conversation, but he didn't laugh at the funny comments. He didn't smile. I really wanted to see his smile. I am big on smiles. A nice smile can win me over.

So, I found myself on a mission to see his smile. I started making a fool of myself. I was cracking dorky jokes. Those jokes that are so silly, they are actually kind of funny. I was trying everything. No smile. No laugh. No anything. So, I got bold and I directly asked him in the room what it would take to get him to smile. This opened up some chat between he and I. I told him I was on a mission to see him smile. I think that put him on a mission to not smile.

It was suggested by a friend of mine, to show him my butt. That would surely make him smile/laugh. Sadly, it is an ongoing joke among my friends, that I have no butt. A dear friend of mine, that recently lost his battle with cancer, used to call me NoAss. So, of course they were all pushing for me to show my booty, or lack there of. So, I asked "cbflyman4" if I proved that I had no butt, if he smiled for me. He agreed.

So, I got up and changed out of my jammies, put on my best jeans, and turned my cam on. I then showed that I had no butt. He was a man of his word, and he did smile. It was magnificent. I tell people that Chadski and I were "love at first smile". It is so true. I saw his smile and I absolutely fell for him. Head over heels. That smile was so worth the embarrassment of showing my booty on cam! So.Worth.It.

It was also a great ice breaker. He and I started chatting in the room. Not too long later, the DJ played "Animal" by Def Leppard, and announced the room would be closing. I was sad. I definitely wanted to talk more to this "cbflyman". I was bold and told him this, and he agreed that he would enjoy talking more with me. We found a new room to chat in, and spent the next while talking. He needed to head to bed, and we agreed to meet up the next day.

Over the next few weeks, we chatted quite a bit, and developed a friendship. I gave him dating advice. We chatted about anything and everything. He got hurt (wake boarding accident), and had to take a week off of work (He works for a famous soft drink company- think Polar Bears/red), and we got even closer. My friends started teasing me that we were dating and didn't even know it. I was insistent that we were not dating. We did not want a long distance relationship.

Before long, we decided that we were in fact dating, and neither of us wanted a long distance relationship. He flew out to visit me. It was a fabulous visit. We were just as great in person, as we were over the computer and phone. After he returned home, we started planning my move to California to be with him. He visited from on May 31st (until June 8th) and on August 5th, I moved to California.

It has been six years. We are still together. Stronger than ever. We have had some rough times, but they have all been worth it. We have a beautiful daughter. I couldn't be happier. I am still very on the fence about Internet dating, but must admit it was highly successful for Chadski and I. I am sure we will have many more happy years.

Email ThisBlogThis!Share to TwitterShare to FacebookShare to Pinterest
Labels: Baking In A Tornado, Battered Hope, Blog Challenge, Confessions of a part-time Working Mom, Someone Else's Genius, Spatulas on Parade, Stacy's Sews and Schools, The Sadder but Wiser Girl, Use Your Words, Words